SOB (sister of blogger) and I set out for the cemetery to unveil the gravestones of ULOB (Uncle L of blogger) and AROB (Aunt R of blogger).  This ceremony is not formal tradition. It is not required by Torah or rabbinical teachings. In fact, because of that, this commemoration more befits AROB and ULOB than any set ritual.

BACKSTORY:  It is a long-standing Jewish custom to place a marker on a gravesite. The marker is made of stone or metal, a permanent substance that represents that the person lives on, although the body does not. The treatment of the body itself could not be more different. It is shrouded in linen and the coffin is made of unvarnished wood with no metal hinges. The body is supposed to return to the earth (dust to dust) as quickly as possible. But the memory lives on. And the gravestone is our communal memory.

In truth, we could have blown it off and no one alive would have known or remembered.  No one, that is, except us.

It was this growing internal call to take hold of the mantle of keeping our family traditions, just as our mother did for her generation and our grandmother for her generation.  We have completed the generational shift and assumed the roles of the keepers of the memories and the traditions.

Actually, SOB and I dreaded the day to some degree.  We asked AROB’s nephew and wife to come, as well as POULOB (paramour of ULOB) about whom we learned around the time that AROB died.  Having a joint unveiling would have been hard on POULOB.  Dancing around the complexities detracted from the purpose of the unveiling and would have been hard on us.

As fate would have it, only SOB and I were able to make it.  And so we were able to pay tribute in our way, to the giants of our childhood, even though we have long since reconciled the differences between who they were and our childhood memories of them.

ULOB and AROB lived their lives, making up the rules as they went along. What they didn’t like, they banished. What they loved, they gave it their whole hearts. The same with those they loved.  There were the students they taught and neighbors they helped.  Yet, they loved in their way. They accepted love in their way. They let you know you were entering a minefield when you probed a subject that was off-limits. And they guarded their independence even when they needed help the most.

They lived according to the ancient principal of our people, “love me, love my meshugas [craziness]”.

And the great moments remain in our memories. For SOB, BOB (brother of blogger) and me, growing up with them was magical — they captivated us; they spoiled us; and they opened us up to the arts. 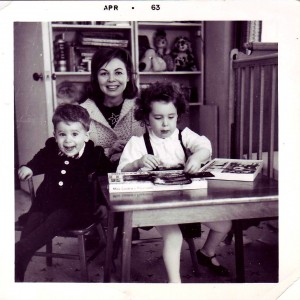 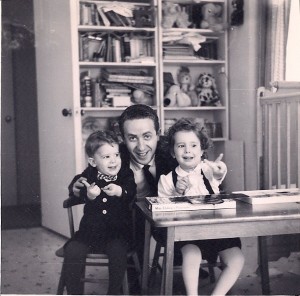 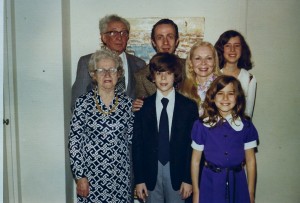