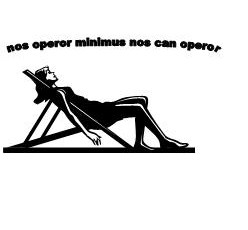 As usual, SOB (sister of blogger), HOSOB (husband of blogger), DOB (dad of blogger), COB (cousin of blogger), POB (partner of blogger), Blogger and our son have dinner together at our house on Sunday nights.  Our son calls the crowd, the “Regulars” (as in, “[Blogger], are the Regulars coming over this weekend?”).  Often, after a funny story told by one of the assembled family, our son sometimes says to me, “[Blogger], why don’t you blog about that?” (Put that under the category of “Kids Say the Darndest Things”.)

Fresh Direct was scheduled to deliver groceries between 4pm and 6pm.  DOB came at 4pm; Fresh Direct came at 6pm.  In fact, as DOB ages, he is coming earlier and earlier.  I think that is why restaurants offer early bird specials — the elderly set factor in so much time to get where they are going that, even though they intend to eat dinner at 6:30pm, they arrive at the restaurant at 4:30pm.  So, if my rough calculations are correct, in just five short years, when DOB is 95, he will be showing up at brunch time.  So we will have to have new menu options by then.  Fair warning.

As I said, the Fresh Direct delivery came at 6pm.  In our house, we play FDF (Fresh Direct football), which means that I throw non-glass groceries to our son, who runs it into the kitchen where POB puts them away.  Sometimes, I follow in pursuit for a two-hand touch tackle.  For glass (and milk), I do a pass off and our son runs it in.  Less yardage but the quarterback can’t always pass.  Sometimes, the vegetables look a little mangled and bruised if the pass is incomplete, but it still tastes fine.  POB is unconvinced but keeps her opinions in the “if looks could kill” category.  That works because I just look away.

SOB and HOSOB were at the house while we were playing FDF and SOB was a guest quarterback for a few clutch plays.  I could tell she was a bit overwhelmed by the number of boxes and volume of foodstuffs that required cooking and preparing.  SOB and HOSOB have been married for only a few years and, before that, SOB mostly lived alone and out of prepared food cartons.  Even now, their refrigerator is a little post-apocalyptic (see http://40andoverblog.com/?p=2355 for pictures).

The expression on her face as she looked at the Fresh Direct boxes suggested that she found this somewhat foreign cultural activity charming and said to HOSOB pointing to the now empty boxes, “Groceries. [pause.]  Groceries.  We should have groceries, too!”  (Dear SOB, most people buy groceries.)

HOSOB, looking a little scared, said “What would we do with them?”  Oh, sweet, HOSOB, you and SOB can do nothing with groceries.  You need to stick with what works — take-out.

FOB is doing great, but he is aging.  SOB and I walked back uptown.  She was going home to write a chapter of a medical book and I was going to find a neutral place to read and comment on documents.  SOB offered that I could work at her house but we both knew that two couches in the living room would call our names and we would lie there and chat about stuff and then take out the Shrine — the picture album that SOB keeps of our mother — so we could have a long, cleansing sob.

With this in mind, we both decided that trying to work in the same room, or apartment for that matter, was not a good idea.  So, SOB walked me to the cafe at the gym where I was going to set up shop.  She sat for a moment and, of course, since the Shrine was mentioned, we had to have a moment about how long Mom had been gone and all that has happened in that time.

SOB left me to work, but kept emailing me, “Are you still working?” every five or so minutes.   I am 46 and she is 50.  I don’t think we will ever grow up and I am grateful for that.

Some days you wake up feeling like a Mack truck has run over you.  Today was that day for me.

But my sister wanted to go to the gym today and do weight exercises because, she conveniently slipped into the conversation, she had been in the ER yesterday and has a stress fracture in her foot, is using a cane and wears one of those ugly, sling-like shoes (I guess the word, “ugly” was redundant).  I told her even if the shoe was comfortable and resembled an Easy Spirit style for one’s tenth decade, it was not a fashion statement she wanted to make.  My sister need diversion and so I dragged my sorry self out of bed and away from my son who was watching less violent cartoons (must be something about Sundays).  I had a sense of an on-coming migraine, but it is my sister and she was in the ER alone the day before.  Anyway, migraine pills are always at the ready.

We both belong to a wheelchair accessible gym but you have to go outside and up a ramp to get to the elevator which doesn’t go to every floor.  Ok, so like most things in life the advertising is better than the product. My sister hobbled up and skied down the stairs (the latter was scary because my sister is no Picabo Street).  Here is a picture of the latest sporty ambulatory footwear (some day I will master the reformatting of a picture but for now, please turn your head sideways, thanks):

My sister plans on a whopping twenty minutes at the gym.  I channel my old trainer and yell “thrust the bust!!”, “breasts out!!” and other crazy things that only a perky 20-something can say to a 40-something person.  My sister laughed too much and ruined her posture while using the weight machines.  And I sounded like a moron.  But I got into it and kept yelling, “breathe IN, breathe OUT”.  Another episode of “Ethel and Lucy Go to the Gym” but without the laugh track.

So, back when my sister was dating her now husband, I would of course tell him, “look I am not getting any younger and I want to dance at my sister’s wedding!”.  So, I am at the gym having a training session at the same time my sister is working out.  She interrupts me with this awe-struck look on her face and I know, I KNOW, that her boyfriend proposed.  She motions to whisper in my ears.  Excitement builds — I think, Mom, I wish you were here for this moment.  She whispers that the man next to her on the elliptical machine blew his nose on the floor and it was so gross that she had to tell me.  This is why I love my family.  It is always a David Lynch type Hallmark moment.